In the letter, [full text below,] Edward asked for pressure to be placed on the government over the issue of exports to the US of tear gas, rubber bullets and riot shields.  In addition Edward requested that John Baron MP make representations to the UK government to speak out and condemn the violence from the Trump administration. Paritularly in light of the growing evidence of violence being perpertrated on the media and peaceful protestors in the #BlackLivesMatter protests.
On the second issue, Mr Baron was asked to lobby the government to make clear which actions it was going to be taking in light of the report it had published which confirmed the disproportionate impact Covid-19 has on BAME people.
Any response we receive will be shared. 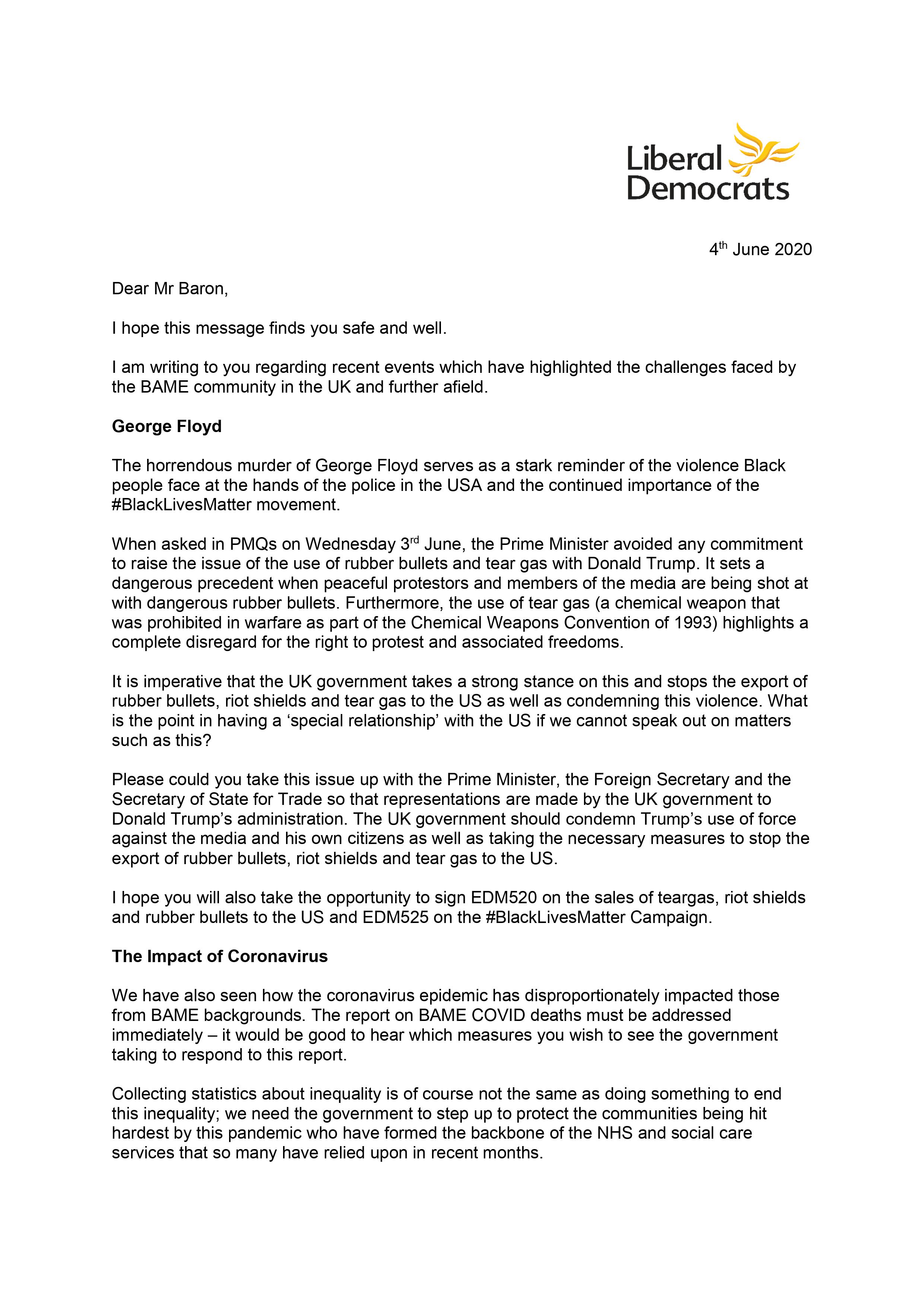 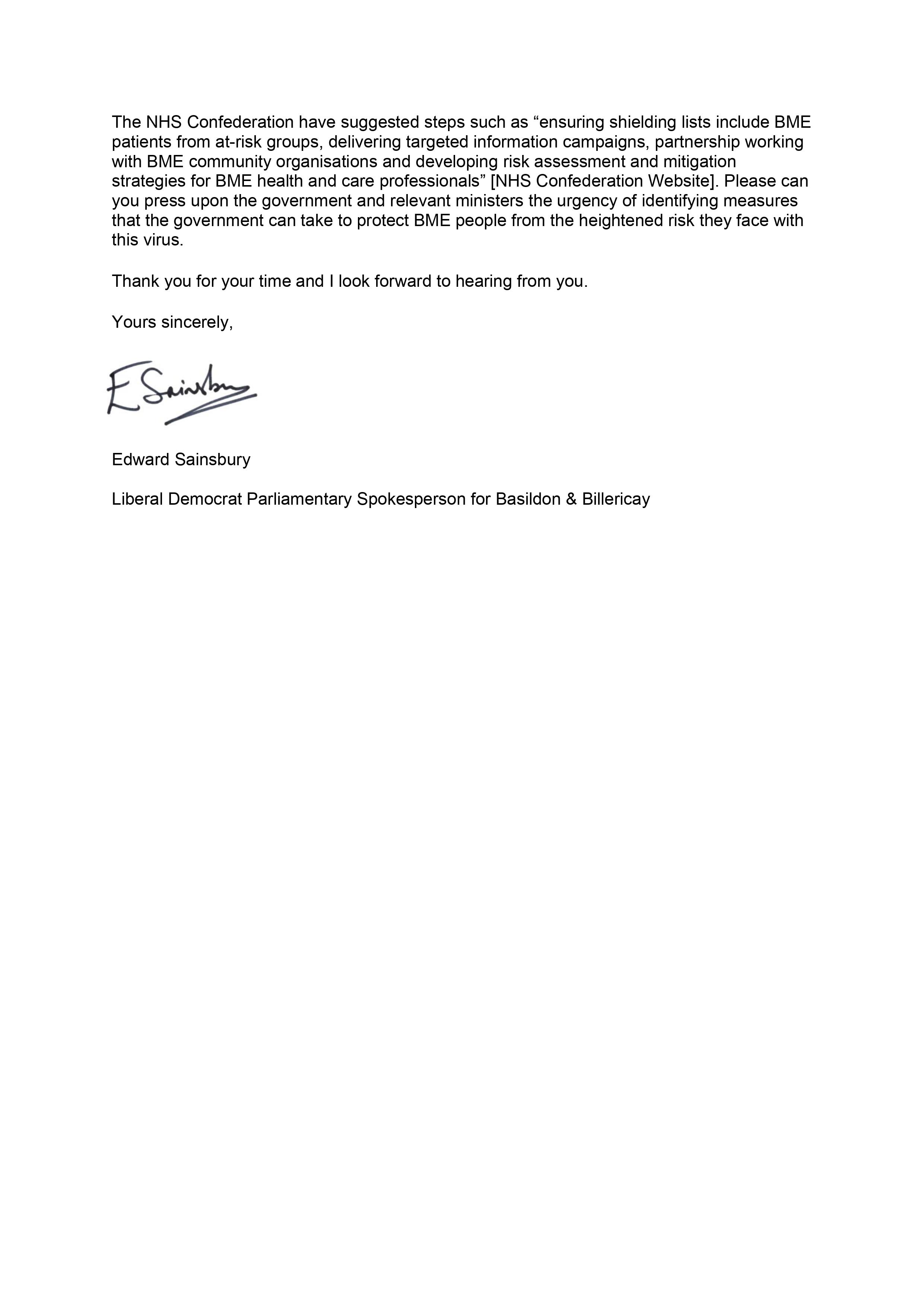